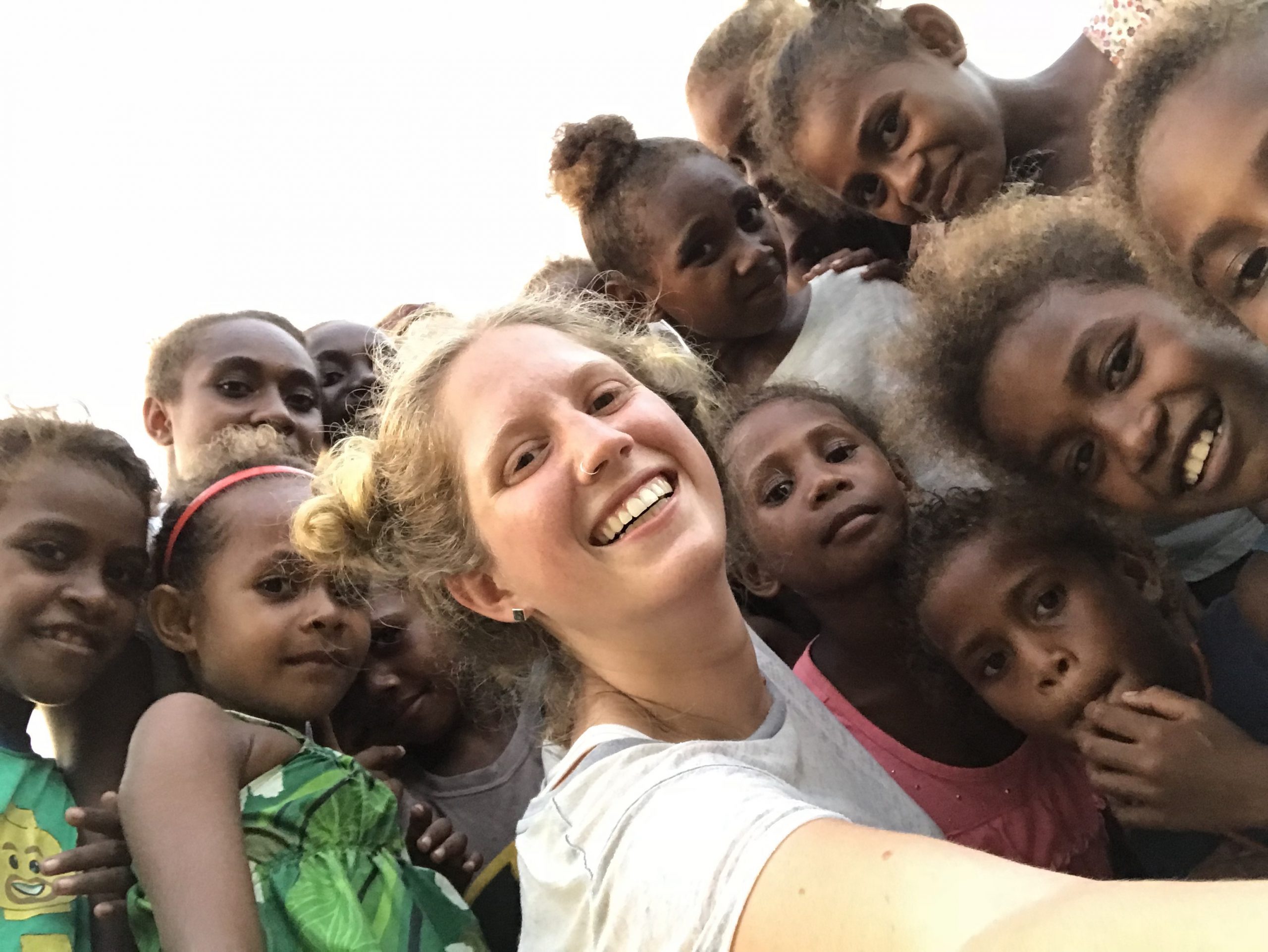 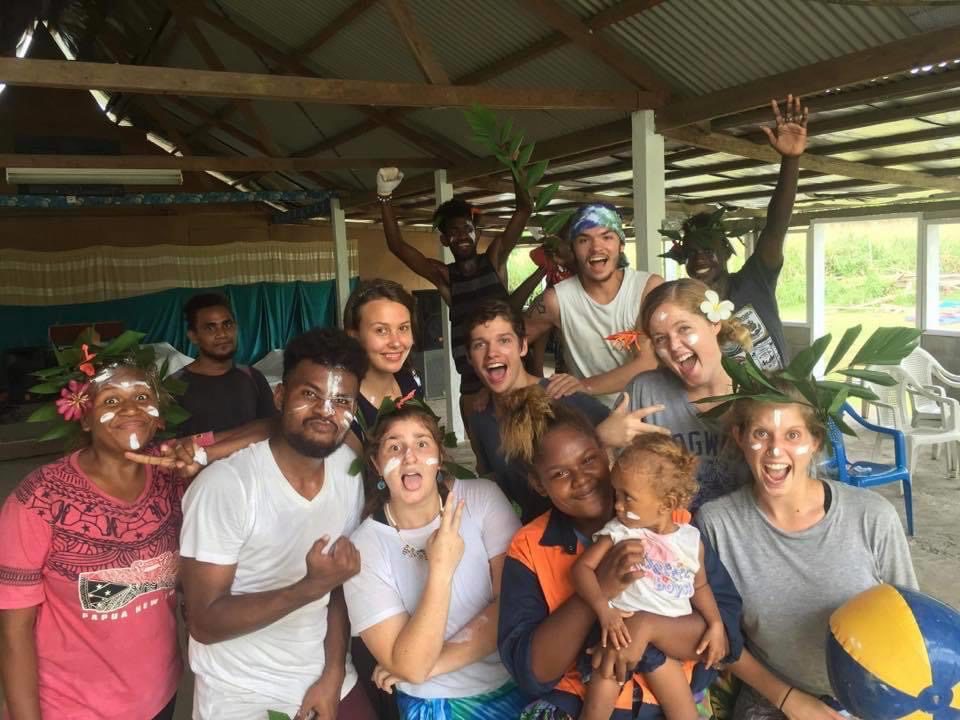 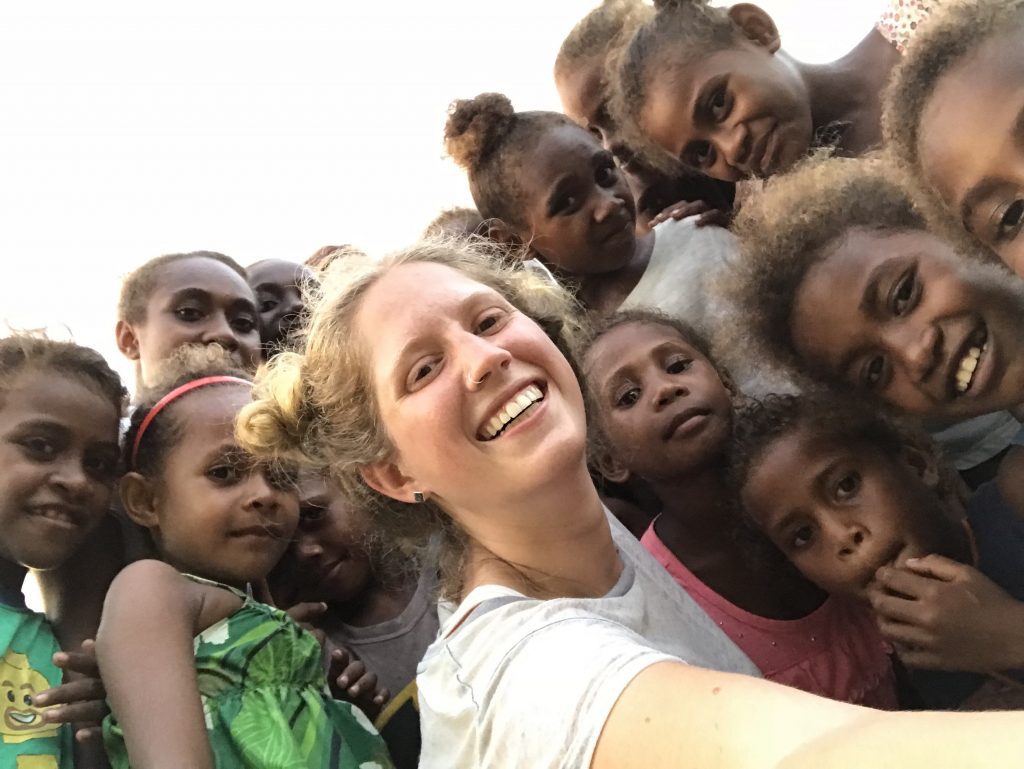 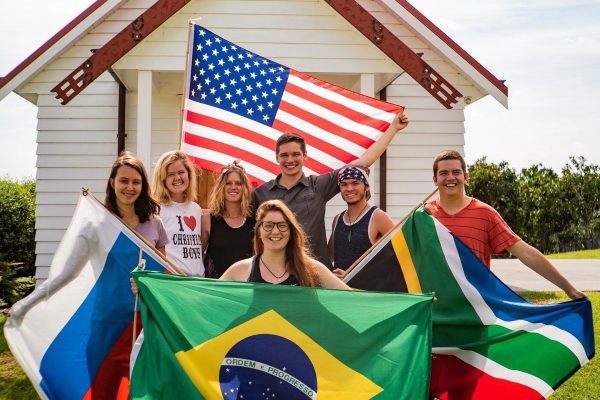 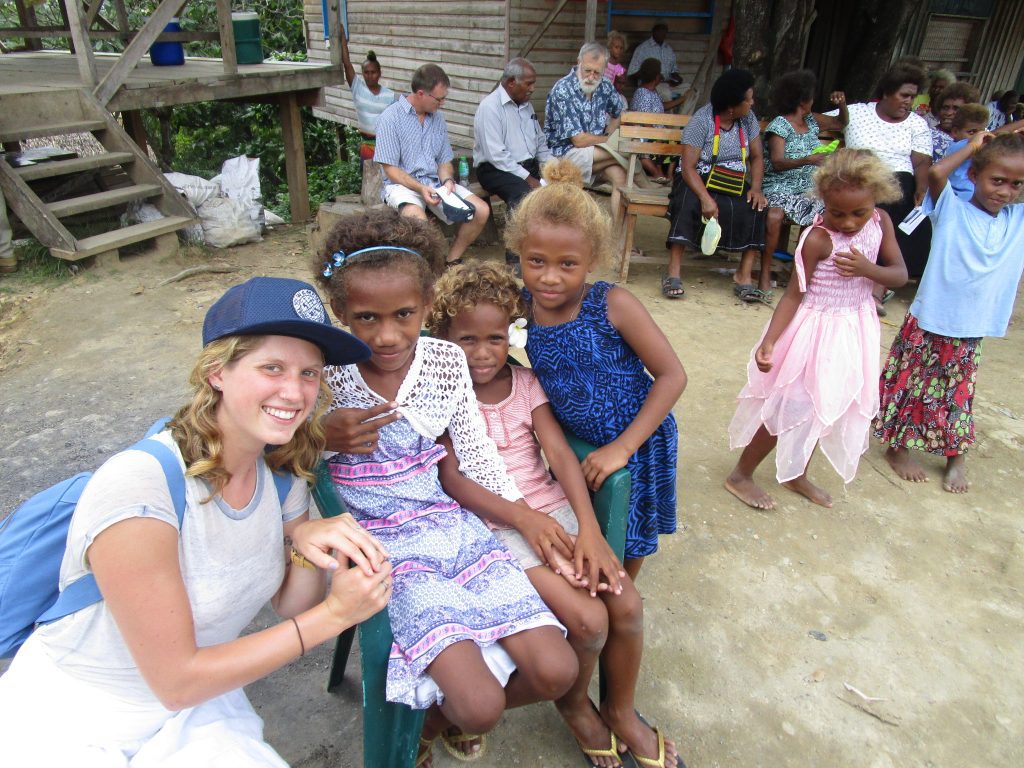 My favorite part of outreach was when we went to the outer islands of the Solomon Islands.  For a week, our team went from village to village; some of the places we visited had never even seen white people before. We had ministry time where we would share a “program” with them, bringing testimonies, leading worship, and giving a message from the Word. We were able to hand out bibles that were translated into their native language and pray with them.

A week before, our team got words about getting the chance to pray for people who were practicing ancestral worship. One night, one of the beach villages invited us to speak to them, and we had no idea, ministry wise, what we were going to bring. Going with the Holy Spirit, we hoped that everything would come as He led us. And boy, did He surprise us! We were sitting in this little chapel on the sand, waiting for the Lord to give us direction with where to go. Honestly, we just sat for a while. The whole village was outside staring in at us, expecting something to happen.

Finally, we received the words “simple gospel”, leading us to do a skit that we made up highlighting creation and Jesus’ ministry. Afterwards, one of our team leaders shared his testimony, where he was taken out of witchcraft and gang affiliation and into a life with Jesus. He was able to relate to these people, yet also share how Jesus changed his own life and revealed God’s loving nature. We had just about every hand raised when we asked who wanted to receive Jesus as their Saviour. We prayed for everyone that night! There were so many with pain that were hungry for freedom and in need of healing. We explained that they needed to renounce the gods that they worship, and accept Jesus as their only God. The chief of the village stood up and HIMSELF declared that he would no longer worship other gods, but God alone.

We then went into an incredible prayer time with them, where I sang some worship in the background and my team went and laid hands praying for healing. The chief and some of the elders of the village gave us this vision that they saw tongues of fire standing over our heads like the church in Acts during pentecost. Come to think of it, it was in the time between Easter and Pentecost Sunday that this happened. Pain left and blind eyes opened! I think the coolest part of this was that even though we didn’t speak or understand each other because of our language barrier, they still received a revelation of who God is, and His healing through the Holy Spirit. The chief again stood up and thanked us saying they thought we would have come with material things like clothes, glasses and medicine, but instead we brought something so much better. Late in the evening as we left that village we praised God for all that we had just witnessed. It was one of the most remarkable and memorable nights of my life! 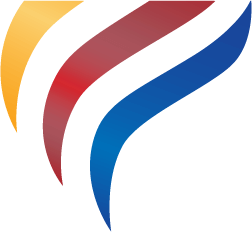 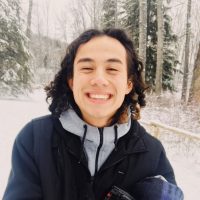 “SPHC is such an incredible gateway to seeing the world with God’s eyes. To see how His heart breaks at the brokenness of this world, and to see how the lack of education about little things such as germs and washing hands causes so much illness and suffering in the world, to then be equipped and sent to BRING THAT CHANGE! It is such a life changing/ perspective shifting program that has really changed my life!” 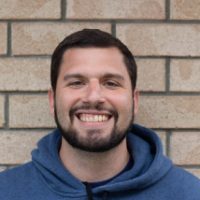 “Since being here at Marine Reach, my hunger for God has continued to grow more and more. In the Kingdom Come stream, our heart is to see the world changed by the message of His love and the demonstration of His power. It’s such a privilege to be apart of a group of people so on fire for Jesus!” 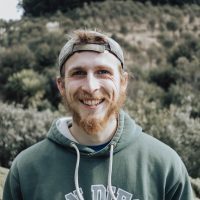 DBS has been a fulfilled prayer for me. When I was home, I asked the Lord to bring me deeper into his word, and He put that desire on my heart. I knew I would come back to staff, and I thought I would dive into it on my own. I found myself not having the right tools needed to effectively study God’s word. Once DBS became an option, I went for it wholeheartedly. I have been enjoying my time, going deeper than I imagined. God has shown me new things, removed false perspectives of his word and brought me into a deeper understanding of who he is. I have been challenged in many ways during this course, helping me find my place in God’s kingdom. I’ve been able to build a strong foundation with the Word of God. Over all, the Lord created a new heart within me that desires to love, praise, share joy, and bring others into the family of God. I love this school for all that is provided from strong friendships to heart moving moments in small groups and the teachings. My life will never be the same after this school! 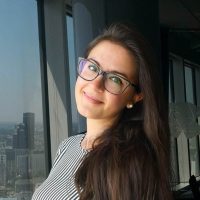 “I’ve learn what the Kingdom means for us, how can we bring the Kingdom here and just share it with others… That makes me super excited! The key is to listen to God’s voice, seek His face and His presence! Everything else will be added as he promised is Matthew 6:33!” 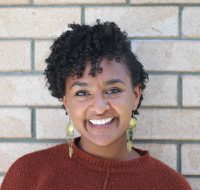 “Coming into prayer and passion I had so much passion and desires but did not know how to bring them to the feet of the Lord in prayer. Going through the journey of growing in prayer and discipline I was able to walk out with a passion and desire to take all that was on my heart to the foot of the cross in prayer. I found a love for that intimate time of prayer with the Lord in a way I haven’t known before!” 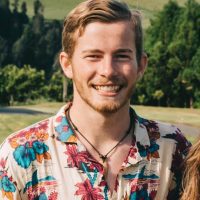 “Medical Compassion DTS was a truly an incredible experience. Working in health centres, hospitals and pop-up clinics grew my interest in medicine and allowed me to practically show the love of God. For me, the most transformational aspect of my Med-Com DTS was the focus on compassion and its importance in achieving true holistic healing. This is an experience like no other!” 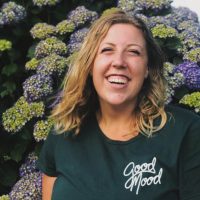 “Upon first coming to DTS, I had settled for a mundane and ordinary life. But over time, He has captured my heart and instilled in me a new passion for His purpose. This has given me confident hope that I am worthy of intentionally being part of the greater good.” 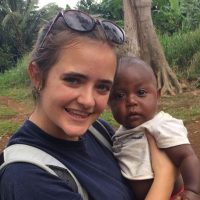 “Did you know that according to WHO more than half the world does not have access to healthcare? After seeing those statistics first hand, while in the mission field, I was heartbroken, but I was not without hope. God used my SPHC team and me to meet the needs of many individuals both physically and spiritually, and He opened my eyes to the possibility of a career in healthcare. I now attend the University of Missouri and I am pursuing a degree in Public Health. I hope to one day work for the WHO and take on the challenge of reaching those without healthcare with God’s healing hands.” 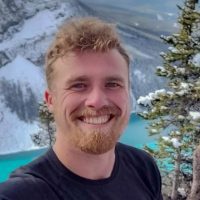 “SPHC was a transformational turning point in my faith walk where I learned to focus on others, serve, and honour others with my skills. Everything I learned in the course I put into practice to serve in the mission work that we were doing in Vanuatu. In changing me the Lord has changed my future and I walk with him and others in everything that I do.” 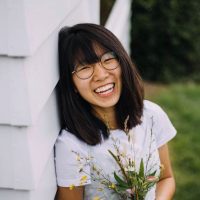 “Through prayer and passion stream, I was able to see how prayer could be a place of so much intimacy with God. Finding my secret place with Him allowed me to fall in love again with His beauty and goodness. At the same time, God revealed to me the secrets of His heart- how He saw me and how He saw the world. It’s such a privilege to know that there’s a big God up there who trust us and partners with us to bring the kingdom of heaven down on to earth through our prayers!!! And never once did He let me down.”